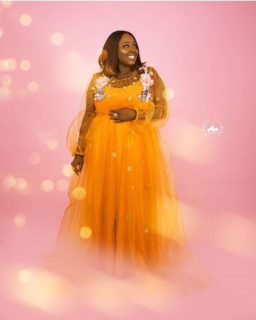 Omotunde Adebowale David delved into acting partially where she played the role of ‘Adaku’, an Igbo character, in Jenifa’s Diary. She was discovered as a talent by Funke Akindele at Yaw’s show. Infact many had thought Lolo1 is an Igbo woman until you get to know her real name.

Lolo 1 as she is fondly called has an amazing personality that you will fall in love with at the first glance. she has a melodious voice that can glue her listeners to their radio sets. Born on April 27, 1977.

Today, she clocks 42. On her IG handle She wrote;

‘Develop Your Brain Instead Of Your Shape’, Actress Daniella Okeke Tells Ladies