Trouble in paradise: Annie idibia drags her husband on instagram

One of pop star, 2Baba’s baby mamas and mother of three, Pero Adeniyi, has kept mute amidst the infidelity claims directed at her by the singer’s wife, Annie Idibia, on social media.
In a series of Instagram posts, which have since been deleted, Annie claimed that 2Baba had been having a romantic relationship with Pero under the guise of co-parenting. She further claimed that his family never accepted nor found her worthy. Below are the instagram post : 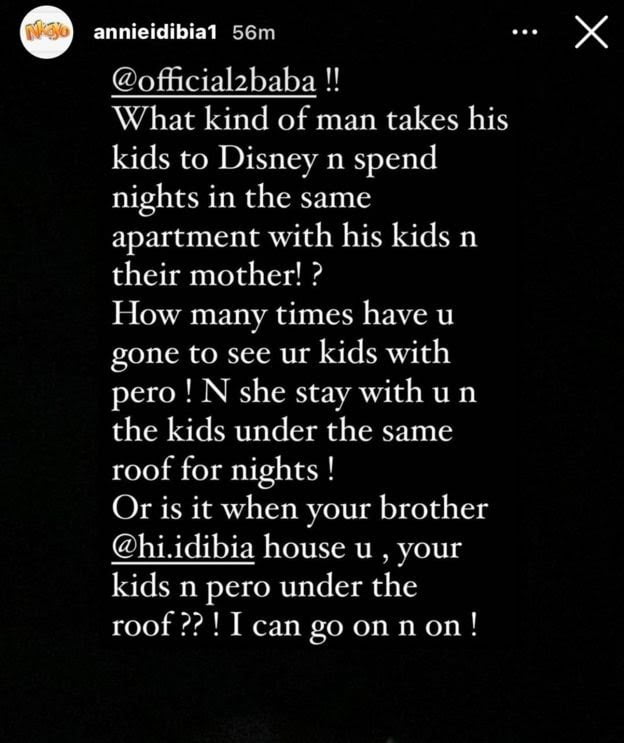 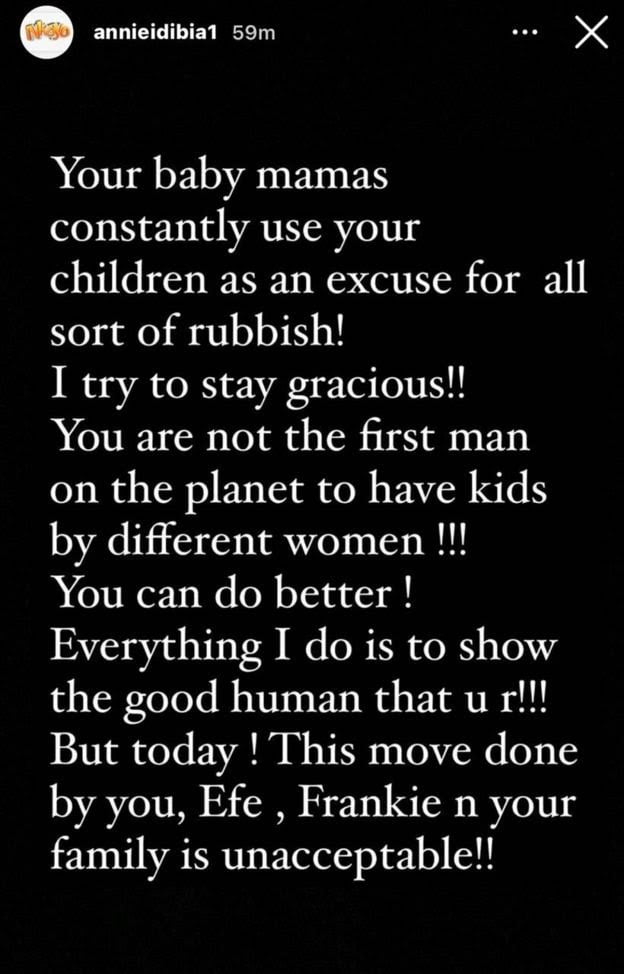 While stating that his brother is dying inside, he asked Annie to reveal what TuFace’s extended family did to her.

Also reacting in a video on his Instagram page, Annie’s brother asked the public to stop associating or messaging him about his sister.