As the saying goes “saturday’s are for weddings” as Popular comedian Craze Clown and his woman walked down the aisle yeterday, September 25 and a video from some of their moments during their traditional wedding made rounds on social media. Craze Clown did the classic ‘looking away and turning to see your wife as a surprise’ move and he was not disappointed to see his woman donned in beautiful traditional attire
The comedian,got married to the love of his life in a traditional wedding ceremony A video has since surfaced online which captured the moment the newly wedded couple where gifted a white Benz by lawmaker, Friday Ossai Osanebi. 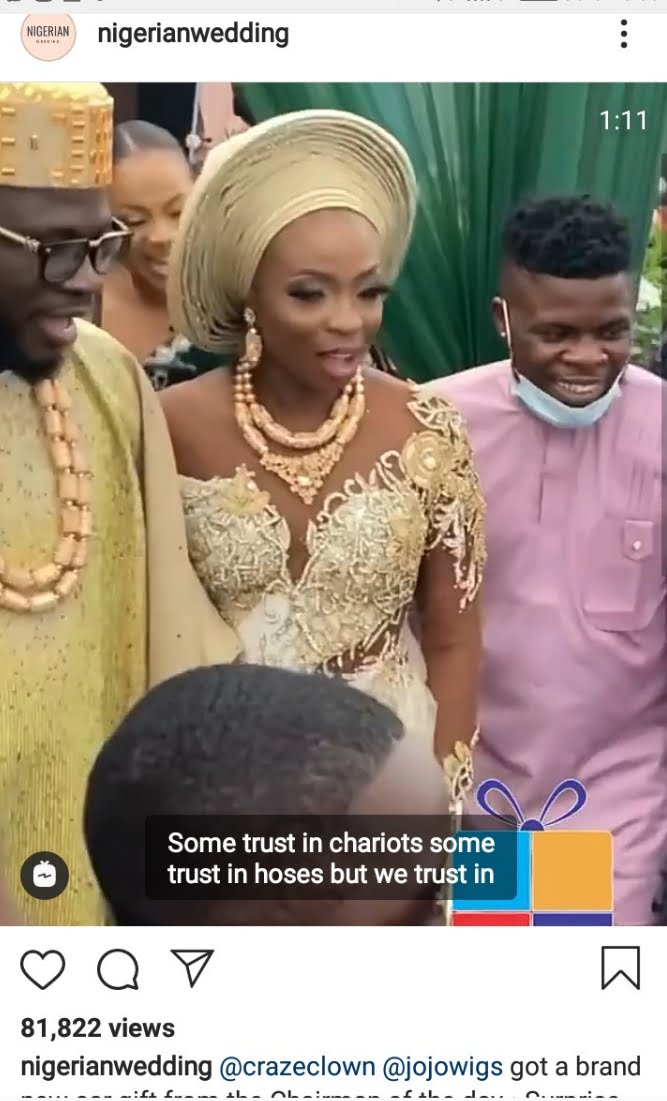 Mavin boss, Don Jazzy and billionaire Jowi Zaza were among those who turned up to support the couple with loads of cash as well