Oritsefemi,a Popular Nigerian singer, was recently involved in a road accident in Ogun state Saapade to be precise
A video from an eyewitness has surfaced on social media which captured the scene of the accident and a dazed Oritsefemi
The singer also took to his Instagram page to share photos and videos from the accident scene which left his car totaled
Oritsefemi Majemite Ekele who is better known by his first name is all shades of grateful following a ghastly road accident that left him with a few scratches. 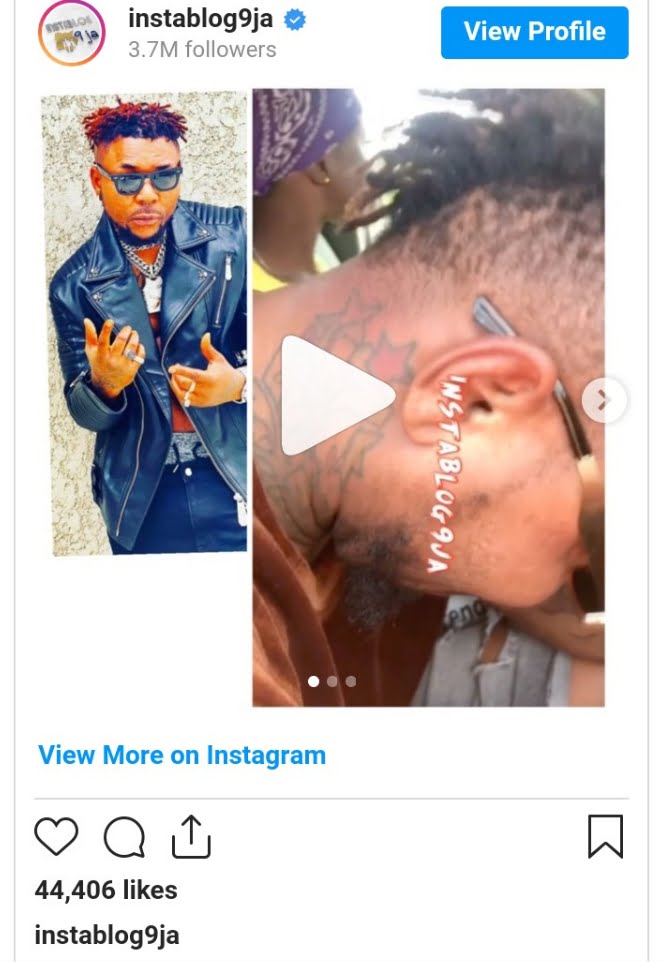 A video was shared on Instablog which was produced by an eyewitness, the singer’s car somersaulted before it finally crashed.

The singer shared photos from the scene which shows the wrecked state of his car.
Thank you almighty. God you are wonderful,” the singer wrote in some of the photos.
He also shared a video of himself at a hospital receiving medical attention.