Popular crossdresser, Bobrisky, has been called out by a jeweler who has taken to social media to accuse him of owing her millions The gold seller claimed Bob has held on to her jewelries for months and even used if for his birthday photo shoot According to the vendor, she was triggered to expose the crossdresser after he called out his ex-bestie, Tonto Dikeh, and claimed she owed him money for years 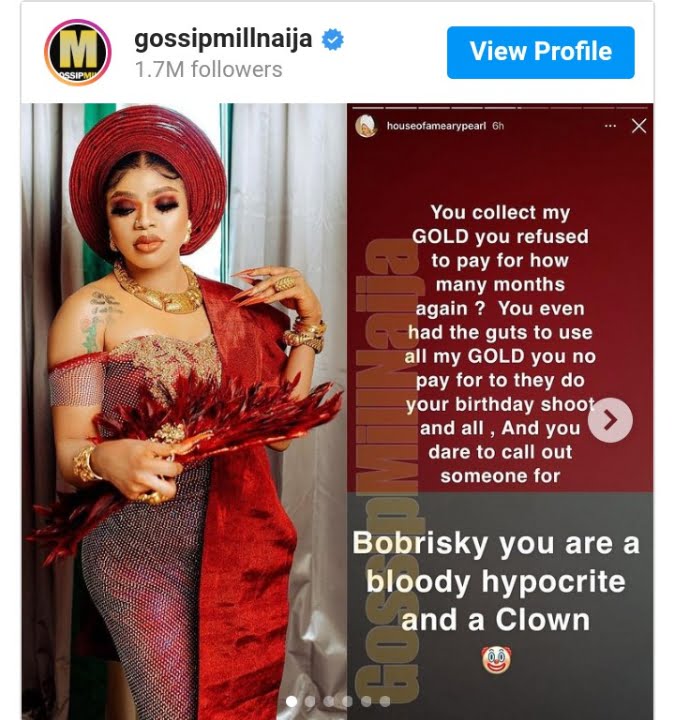