Mr Eazi a popular nigerian singer and songwriter has got many people talking after taking to social media with a receipt showing how much he recently splurged at a restaurant in Lagos where he splashed a whopping N8.3 million on food and some expensive bottles of alcoholic drink the post stirred different reactions from members of the online community with some noting that he could afford it because of his connection to the Otedola family 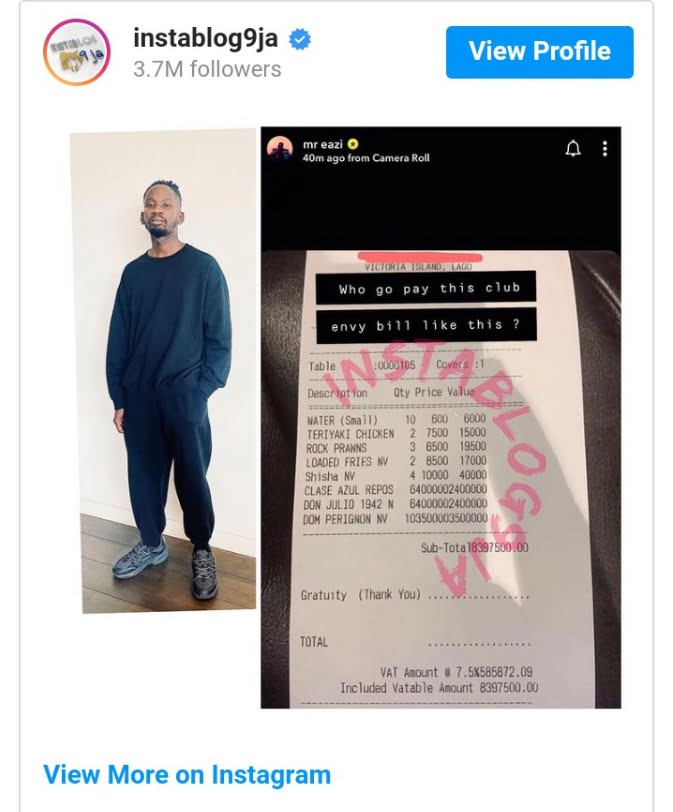 Singer Mr Eazi couldn’t help but take to social media with evidence of how much money he splurged during a recent outing to a nightclub in Victoria Island, Lagos. The music star took to his official page on Snapchat with a photo showing the receipt which was issued to him after making payment for all that was consume